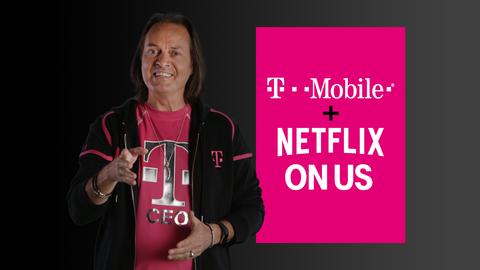 On 6 September, T-Mobile announced they would be offering free Netflix to customers with T-Mobile One unlimited plans that would go live on 12 September.  On the surface this looks like an amazing deal worth about $120/year for those currently paying $9.99/month for the basic Netflix plan.  But if you’re on a $100/2 line One unlimited plan, this deal isn’t for you.


T-Mobile has offered some amazing deals in the past and 2 lines for $100 all fees included is a smoking deal.  T-Mobile has also offered the same deal but added in a 3rd line for the same $100 price for a short period of time.  If you’re a new user looking to jump over to T-Mobile, $120 for 2 lines and Netflix included isn’t a bad deal, it’s just not a good deal for customers already on the carrier.

Source: T-Mobile
Posted by Mobile Chaos at 7:29:00 AM
Email ThisBlogThis!Share to TwitterShare to FacebookShare to Pinterest
Labels: Netflix, News, TMobile