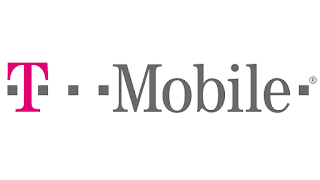 After what I would call a fumble last week by T-Mobile with their “Free Netflix” deal not being as sweet as implied, T-Mobile rebounds this week with a sweet move that benefits heavy data users.  T-Mobile has always been the most lenient with their “unlimited” plans in the past and announced they will continue to be that way in the future.


T-Mobile confirmed via twitter, (and officially) they will raise the threshold for throttling unlimited plans to 50GB from the previous limit of 32GB. T-Mobile has prided themselves on setting new standards in mobile with their Uncarrier campaign in the past and they are looking to continue doing so.


Back in August 2016, T-Mobile made the move to go back to unlimited data after about 5 years of carriers trying to get away from offering unlimited data plans. Unlimited doesn’t really mean “unlimited” anymore and actually refers to a cap in which the top 1% of users will be throttled to slower speeds during peak times instead of being charged overage fees as has been the practice for some carriers for the last 5 years.


T-Mobile has randomly increased the cap to throttle heavy data users in order to stay ahead of the competition that has been copying most of their Uncarrier moves. In May 2017, T-Mobile raised their throttling cap to 32GB in response to AT&T and Verizon setting their cap at 22GB.  Sprint currently has a cap of 23GB.

Source: T-Mobile, T-Mobile
Posted by Mobile Chaos at 7:34:00 AM
Email ThisBlogThis!Share to TwitterShare to FacebookShare to Pinterest
Labels: News, TMobile