[Update #2] The beginning of the end? Judge ruled that Apple has to help FBI gain access to San Bernadino Killer's phone 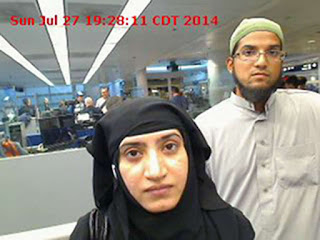 In a court ruling that may change many future rulings, a US magistrate court ordered Apple to help the FBI gain access to the San Bernardino killer's iPhone.

It's a touchy area but generally law enforcement can't compel people to tell on themselves, grant unwarranted searches, or unlock their personal devices so police can search.  I won't get into the legal side but basically, if you get pulled over for a speeding ticket, you probably shouldn't allow that officer to search your car just because they asked.

That being said, the FBI have always requested a backdoor into mobile devices.  This back door would allow them access to your phone through software if you were to be arrested.  If your phone is password or biometric locked, law enforcement doesn't have software or right to unlock your phone.  After 10 unsuccessful attempts, the phone is usually wiped and reset back to stock losing the data forever.  Apple is ordered to grant access to law enforcement to circumvent the reset feature basically allowing them to attack the phone until it can be unlocked.

How is this the beginning of the end?  Well, with this ruling, every lawyer can use this precedent to persuade a judge to order people unlock their phone.  Now, in some cases, this means nothing, ie a known drug dealer forced to unlock their phone it leads to more drug dealer arrests.  Great for everyone.  But what if it's used for normal everyday people?  Will you have to unlock your phone to prove you weren't texting while driving like the police officer said?  Will unlocking your phone result in exposing embarrassing photos of you or your significant other?  Medical records?  Financial records?  Well, this is the slippery slope that it seems to be going down.

Additionally, if the exploit is developed to circumvent the password, it will eventually get exploited by hackers.  It will only be a matter of time before hackers reconstruct the exploit and use it to expose your information to the world.

If you look at the bigger picture, it could tumbleweed from unlocking a terrorists phone today to your phone during a routine traffic stop to unlocking all of your social media accounts down the road.

What will they find out if the government has full access to your social media accounts?

Update:  Apple has responded with a blog post and apparently will do whatever is legally possible to not create the backdoor the FBI wants.  Read it here.

Update #2:  Donald Trump slams Apple for not complying with the court order.  I don't know if Trump understands the ramifications this could create.  Read about it here.