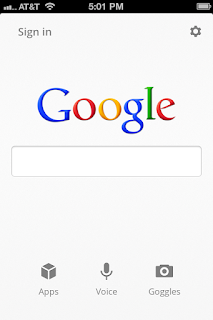 In an unsurprising move Google paid Apple $1 billion to remain the main search provider on iOS devices.  I say unsurprising because Google reportedly paid Apple a similar amount a few years ago for the same privilege.


It's assumed that Apple will get a kickback of some revenue gained from Google search on the iPhone.  In the last deal, the number 34% is mentioned in court documents but it's unclear if Google is paying Apple 34% of the revenue or keeping that 34% for themselves.

$1,000,000,000 (that's a lot of zeros) may seem like a lot of money to spend but when you factor in Google's own Android phones have the largest mobile market share (something north of 80%) and iOS is a very distant second (15%), you can see why Google wants to be the default search engine on both platforms.  Microsoft's own Bing search is the only other popular search engine but if you've ever heard someone say, "Let me Bing that" I'll give you a quarter.  I doubt I'll lose more than a dollar making that bet.