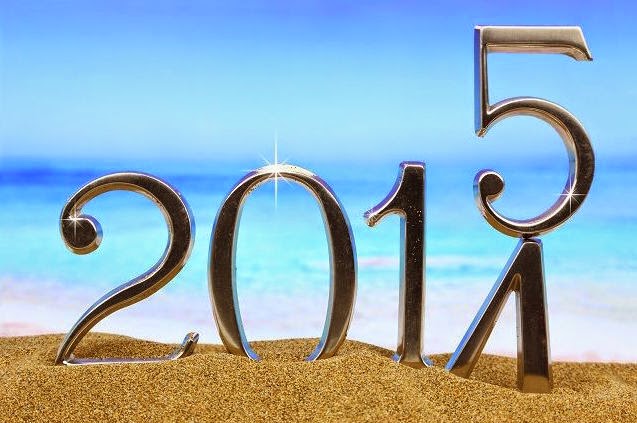 With 2014 coming to a close, I'd like to recap the year with the best and worst in tech from the past year.  New tech trends came into focus during the past year as wearable tech has become a real thing and the mobile phone race is and probably will continue to be only a two horse race.  This trend will continue into next year as Android and iOS should continue to dominate the mobile market and everyone in the tech world has released or announced a wearable device.

I'd have to give the best in tech for 2014 to low end Windows computers and tablets.  The HP Stream 11 & 13 and Stream 7 & 8 are perfect examples of how to make inexpensive Windows tablets and computers the right way.  Microsoft dropped the licensing fee for lower end, smaller screen tablets and computers and HP did the right thing by creating inexpensive tablets and computers that aren't cheap pieces of crap.  The Stream 7 isn't your no name "Android" tablet you find for $79 at Kmart.  This is a quality product that feels good in the hand.  It's a little thick by modern day tablet standards, but for only $99, its a great product.  For $80 more, you can have the same specs, a bigger screen and 200MB of free T-Mobile data for life in the HP Stream 8.

HP has also released the Stream 11 & 13 which low spec full Windows computers for $180/$200 ($279 if you want mobile data and $299 if you want touch).  Both of these computers can handle everything most consumers do on their computers daily (Facebook, Pintrest and E-mail).  The only downside to the Stream 11 & 13 is they only come in Blue or Pink.  Other than the color choices, it'll be hard to find a better value for the money.

2013 saw a bunch of hybrid Laptop/Tablets that were priced around $500+ but most didn't come with the keyboard which had to be purchased for an additional $100.  Today, the Microsoft Store is full of Laptop/Table hybrids that come with a keyboard  in the $250-$350 range.  These aren't Surface Pro quality computers, but you aren't paying Surface Pro prices either.  If you're looking for something your kid can use for fun and school, these computers offer a better value than any iPad.

currently have the majority share of sub $300 computers, but I predict the inexpensive tablets and laptops mentioned above will eat into that market in a big way.  For $200, you'll have plenty of options now and I can't say many of them are bad.

Wearables became a thing for real this past year and it looks like wearable tech will be a watch that can do many other things besides track your steps.  In 2013 wearable tech was basically something that tracked your movement but nothing else.  The Nike Fuel band had a clock on it, but wouldn't be considered a "watch" since it didn't have alarms, timers, date or any other features a $15 Armitron from Walmart can do.  There was the Pebble Watch but it was a techy, nerdy device that wouldn't be worn by the average consumer.  2014 came along and now we have Android Wear devices, Apple Watch, Microsoft Band, Fitbit Surge, and many more devices that offer the functions and looks of a watch but still track fitness.  This looks like the way ahead for wearable tech since every tech company has trended towards what amounts to be a watch that displays notifications from your phone and tracks your movement.

5+ inch phones also seems to be a real thing now.  In the past everyone looked at the Samsung Note series and scoffed at how big it was.  Now, phones bigger than 5.3" are the norm and even Apple who was determined not to produce a big since they aren't "one hand" friendly has a big phone on the market.  The term "" will probably go away since almost every phone will be considered a "" compared to phones of the past.  I'm sure even Apple fans look at the 3.5" and 4" iPhones of the past and chuckle at how small they are.

The Amazon Fire Phone is unquestionably the biggest fail of the year.  Amazon was rumored to come to market with a phone for a while and 2014 finally saw that happen.  The Fire Phone was a flop not because the device was bad (like the Microsoft Kin phones) but simply because it came to market too expensive for what it was.  It could only be bought on contract for $200 and it could only be used on the AT&T network.  Everyone expected this phone to come to market for well less than $100 since it was supposed to be the device that sucked everyone into Amazon Prime ($99/year).  Give them the product for cheap and sell the service for years was what the Fire Phone was supposed to do.  Sadly, this tactic failed.

Why purchase a phone on contract for the same price that you can get the latest Android or iPhone only to use a new UI, limited Amazon services, questionable design and quirky 3D screen?  That's a hard sell for any new product regardless of the cost or services.  Amazon corrected its ways and sold the phone unlocked for $449 or $50 on contract, but it was too late, it was already labeled a flop and probably hasn't sold much at all.  The phone should have been $50 on contract or $200 unlocked from the start which would make it an impulse buy for most consumers.  I think Amazon did learn from the Fire Phone since they made the Fire TV Stick only $20 for the first day it was announced.  It's normally $40 but at $20, its an impulse buy and I personally know a few people who purchased the Fire TV Stick even though they didn't need it.  It was a deal too good to pass up.  Amazon is a big enough company to suffer a few losses and not crumble so failing at the Fire Phone shouldn't bother them all that much.

I mentioned last year that Windows Phone was on the come up and they'd make an impact in 2014.  That hasn't happened at all.  Basically, Microsoft purchased Nokia's handset division and everyone thought this was going to be great and amazing.  Apple owns its own operating system (iOS) and manufactures its own handset (iPhones) so they produce quality products because they control everything.  When Microsoft purchased Nokia, everyone thought it would have the same effect as Apple.  The biggest Windows Phone manufacture and the owner of the operating system should be a match made in heaven right?

Surface phones for everyone!

Well, Microsoft is trying to merge it's mobile handset line with it's tablet line in the next version of their OS (Windows 10) and it seems like they put everything on hold until that happens.  The only high end phone that has come out of Microsoft this year is the Lumia Icon and that was way back in the beginning of the year.  They have released the 530, 630, and 730 lines, but they are all mid tier or low end phones meant to flood the market.  So while new phones have come out, they aren't really meant for average consumers in the United States.  Prepaid subscribers in the US and emerging markets got some great phones from Microsoft this year, Joe consumer in the US, not so much.

This kind of sucks since I really like Windows Phone and would love to jump back to that platform if they release a 5+" phone.

I'm going to put the iPhone 6+ on the list as a in 2014.  Apple finally gave the consumers what they wanted and the iPhone 6+ is a great .  The problem is that it's simply too big.  The screen size is 5.5" but the phone is physically bigger than the Note 4 which has a bigger screen (5.7").  I personally use a LG G3 as my daily driver and it has a 5.5" Quad HD screen, but the phone itself is physically much smaller than the 6+.  I'm sure the next iPhone 6+ will have a better design and a smaller overall size, but this year's model looks like an afterthought, something rushed to market to meet demand, which Apple normally doesn't do.  The iPhone 6+ has the same visual impact as the Note series had in years past.  When you see one, the only thought is, "Damn, that's a big ass phone".

So there it is, my best and worst of tech in 2014.  2015 should be an exciting year especially for wearable tech since the Apple Watch will finally come to market and others will be forced to step their game up.  Phones should continue to get bigger screens, thinner designs and hopefully better battery life.  More manufactures should release inexpensive tablets and laptops and the laptop market should split into sub $500 consumer laptops and $1000 "pro" devices.  I don't see how paying $700 for a low end core i3 laptop makes sense anymore.  I'm sure there will be plenty in BestBuy where the average consumer walks in and the sales rep, "What do I need to replace my 5 year old laptop that finally died."  Those consumers will get sold a device they probably don't need in addition to a worthless Geek Squad warranty walking out the door with $1,000 worth of computers and services worth about $500.  It's a viable business model that works for them so I can't knock it.  Just listen to me when I tell you that going to the Microsoft Store is probably the best way to purchase a Windows computer today.