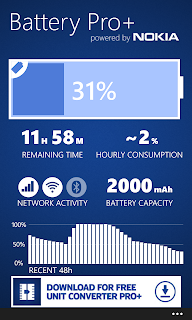 My Korea farewell gave me an opportunity to compare my Samsung Galaxy S3, running Android 4.1.2  that I’ve been using for the last year and my new Nokia Lumia 925 running Windows Phone 8 with the Amber GDR2 update.


While planning for the night, I knew I wanted to take my Nokia 925 because it takes better pictures and amazingly better low light pictures than the SGS3.  The plan was dinner then maybe a bar which are both low light environments.  Long story short, I used the Nokia 925 to take about 70 or so pictures while the SGS3 was used to text message and get everybody to the restaurant.  After everyone got there, I probably took the SGS3 out of my pocket 2 or 3 times but that’s it.  The 925 on the other hand was used by myself and other people attending the event to take pictures.

When I got home at the end of the night, I didn’t put either phone on the charger and when I woke up about 6 hours later, it was to the sound of the low battery warning on the SGS3.  I already knew that the SGS3 would be dead or close to it when I woke up but what I didn’t expect was how much battery was still left on the Nokia 925.  When I checked the Nokia 925, it was still at 38% battery left.

This was far from scientific but facts are facts.  I left home about 5pm and both phones were 100% charged.  The Samsung Galaxy S3 was used exclusively for about an hour or two for text message and make a few phone calls but when I was done meeting everyone up, it was still somewhere in the high 80% range.  The Nokia 925 was then used quite frequently for the next 6 hours until I got home.  I didn’t check the battery life until the morning so I don’t know how much battery was used taking pictures.  If I had to guess it was a 70/30 split of use for about 7 hours with the Nokia 925 getting most of the use.

Here’s a few pics so you can see the low light performance.  BTW, don’t use Nokia’s smart camera app in low light, it really sucks.  The camera app itself is actually pretty good but you need to be in a well lit room or in sunlight to get any of the benefits.  The Nokia pro camera app on the other hand is great in low light with or without the flash.

I think the camera was smudged in the last pic. It has a gray hue to it isn't in the other outdoor pics from the end of the night.