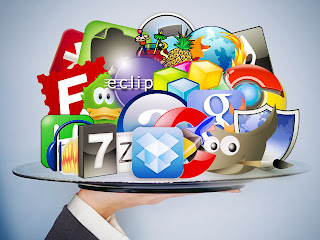 I found an interesting article today that details trends that I've been noticing with mobile apps lately.  If you own an iOS device go to your newstand and then click store.  This will take you to the magazine part of the App Store where it looks like there are a lot of free magazines to be had.  After you install one of the magazines it will show up in your newstand app and look like you have a free magazine.  Sadly, once you click on the magazine, it opens up and you realize that you don't have a magazine but rather you the ability buy magazines.

This trend of giving you something that looks like it's free only to charge you for more content later is becoming the standard for mobile apps regardless if they are content consumptions apps, productivity apps or even games.  Since most people tend to install games on their devices to satisfy their "waiting room boredom" I'll explain how these apps generate money from their free game.  Most "free" games will only allow you to get so far in the game before it becomes impossibly hard to continue without purchasing "help."  Help comes from an in-app purchase that will give you the ability to get past that annoying level that you failed 20 times already by giving you free "re-do" or supercharge you player somehow.  .  If it's a level based game like Angry Birds, you will see that you can only access a few levels before you have to make an in-app purchase to get the rest of the levels.  If the game doesn't require in-app purchased help to do well in the game it probably will have annoying ads that can't be avoided.  Usually the ads are disguised to look like real buttons you should be pressing or just so big that you inadvertently press them during game play.  The game developer purposely made the apps this way to generate ad clicks which put money in their pocket.  Granted, your ad click only gets the developer a few tenths of a penny but when the app is installed on hundreds of thousands of devices, those clicks can add up quickly.  Also if you do purchase in-app content its usually priced at $0.99 to $2.99 which may be a little bit of money but when it's a game like Angry Birds and it's installed on millions of devices, getting a small fraction of people to buy content adds up quick.

So if you have your paypal or credit card linked to your account and allow your kids to play games on your phone or tablet, watch out because they may purchase lots of content trying to beat the game and you'll be shocked when you get the bill for a "free" game.