Why I gave up on Windows Phone 7 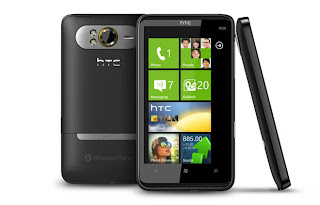 I recently purchased a HD7 Windows Phone 7 device hoping to spend my last month or so in the states testing out WP7 and seeing if it could be a device for me.  After about a week using the phone exclusively, I gave up and went back to Android.  Find out why after the break.

I have been using my HD7 exclusively for over a week when I just couldn't take it anymore.  It all started when I went for a trip over Labor Day weekend and had to switch to G2x just so I could tether without paying for hotel wireless.  I knew I would be charged by the hotel because the economy is so crappy right now, everyone is nickel and diming everyone for everything.  You would think that "resort fees" would cover wifi but sadly, they only covered access to the pool area.  Since there is no tethering on WP7, I had to swap to my G2x so I could use my Galaxy Tab 10.1 to browse the internet while I was chilling in my room.  Tethering is a big thing for me since I use it almost every time I travel.  Without tethering even coming in the next Mango update, I can't permanently use WP7.

Next problem came with MMS messaging.  MMS stands for Multimedia Messaging Service and its just a long name to say picture messaging.  Since I updated my HD7 after a long and difficult time through Windows Phone Connector for Mac, I can no longer send MMS messages.  I don't know what the problem is but an update to a phone shouldn't break core functionality of a phone.  I received a picture from my mother and I couldn't email it to my phone from the messaging app.  Every phone essentially has an email address associated with the phone number.  You should be able to take any MMS message and email it to anyone by simply entering an email address instead of a phone number.  I can't do this on my HD7 since it got updated.  It sucks but its just another reason why I can't part with my Android phone.

Multitasking is also not supported on WP7.  I was listening to Slacker (even though I prefer Pandora) and wanted to respond to a text message I received.  I tapped on the notification bar at the top and Slacker promptly closed so I could respond to the text.  Uhm, Microsoft.....Why can't Slacker run in the background???? Can you make it happen in Mango please?  I mean seriously, why should streaming music stop just because I want to respond to a text?  My 3 year old BlackBerry can stream Slacker, Pandora and play media from the SD card all at the same time.  Why the hell can't WP7 do it? Another example is when I used a stopwatch/timer app to time my laundry in the washer.  My phone never went off alerting me that 28 minutes were up.  Why didn't it alert me? the timer/stopwatch app stopped when the screen went off.

While I was on my Labor Day trip, I used Google Maps to navigate around the Phoenix area.  I am not from there so I used Google Maps to find my way around even if it was just to find where I parked my car at the hotel.  WP7 doesn't support turn by turn navigation so it would have been a waste to use my WP7 phone during this time.  I can't count how many times I used my G2x to find a restaurant or my way back to my hotel.

I still find WP7 to be very limited in app support.  I know that they are growing daily and more apps are coming around the corner but the apps I want are not supported.  Simple as that.  If you don't support the apps I use or cause me to use a work around just to use an app, I don't need you.  If I have to use a work around to use Dropbox for example, I'll pass on your OS and use an OS that supports Dropbox.

Getting media both on and off the phone is an extreme hassle.  All that WP7 supports socially is Facebook and it only supports pictures.  No videos are allowed to be moved to or from the phone without connecting it a computer.  This sucks, refer to the bullet point right above this to see why.  If I have to use Windows Phone Connector just to get a video on or off my phone, I'll pass.  Give me Dropbox support and I'm good.  Skydrive can do the same thing as Dropbox but they choose not to allow it, even with 25GB of storage space on Skydrive.

Some other points that caused me to give up are the fact that I can't easily see my battery life on my phone.  I can swipe down to see a battery shaped icon that gives me a round about idea of how much battery I have left but it's not even close to accurate.  I'd much rather have a free apps such as battery indicator to tell me how much battery I have left when I walk out the door. Guessing on my battery percentage isn't me at all.

Lastly comes flaws with the HD7 itself.  The HD7 looks like it has two kick ass speakers on the front of the phone but they don't work at all.  I don't know if they are just for show or only work during certain apps but they don't work for me.  I know some Android manufactures try the same trick such as my G2x which looks like it has two bottom speakers but sound only comes out of one.  I think HTC pulled the same tom foolery on me and sound only comes out of the back speaker by the kickstand.  They kickstand is kick ass but the speaker associated with it is kind of lame.

In summary, I can compromise one or two things to use a Windows Phone 7 device but I can't compromised everything just to have  Metro UI.

WP7 phones are cool but just not for me.
Posted by Mobile Chaos at 6:38:00 PM
Email ThisBlogThis!Share to TwitterShare to FacebookShare to Pinterest
Labels: Reviews, WP7