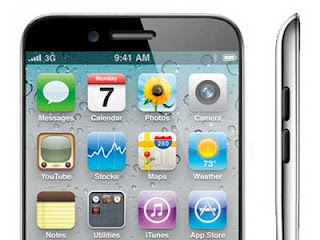 Here is the rundown of the latest media stunt out of Cupertino, CA.  Here's the quick summary,  last year, Apple claimed they lost an iPhone 4 in a bar and it was found by some guy who sold it to Gizmodo who gave it back to Apple.  Now suddenly last week Apple reportedly lost another iPhone prototype in a bar called Cava 22.  Now news come out that the SFPD has no reports of a reported lost iPhone.

So what exactly happened?  Did Apple really lose another iPhone prototype?  Did Apple think the same marketing stunt would work two years in a row?  I mean really, haven't we heard this song before?  First Apple loses an iPhone prototype in a bar.  Then Nokia says, "We lost one too".  And now Apple tries the same trick again.

In the end whether Apple lost another phone or not, the Steve Jobs marketing phenom is working on all cylinders even thought he's gone.
Posted by Mobile Chaos at 4:49:00 PM
Email ThisBlogThis!Share to TwitterShare to FacebookShare to Pinterest
Labels: Apple, iPhone, Lame, News, Steve Jobs