Does Windows Phone 7 get it done for you? 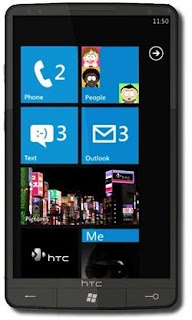 Now that Windows Phone 7 (WP7) is coming out this week, I am trying to figure out if the plain vanilla interface of WP7 is enough for me. I have seen all of the WP7 commercials and I an appreciate the idea of getting the info you need up front without having to dive into a phone's operating system but is the interface too generic? The WP7 UI is very simple and displays the info you need the most right up front but I personally think it's too bland. After owning Android phones for the better part of a year now I have come to appreciate widgets and the information they display along with the ability to put information where I need it up front. My G2 is set up in a way that the clock and weather are displayed up front and easily accessible. Also on my main screen I have icons which will take me to email (with unread count) messages (with unread count), contacts, maps, browser, camera and gallery. These are all of the apps that I use most often and they are all very accessible from my home screen. I also have a screen set up just for contacts which has all of my most used contacts for personal use and work use. All of them have pretty little pictures and are easily identifiable at a glance. It's this customization from Android that I have come to know and love and simply can't live without anymore. I have other home screens set up with folders for frequently used apps, games, music shortcuts and other misc items. I also have a blank screen where I can test out widgets, wallpapers an other such modifications that I may or may not use but want to test out without modifying other home screens on my phone.

I simply can't imagine looking at a bunch of blue (I'm sure the colors are customizable but blue is most often used in the promo pics) tiles and getting my information from them. The tiles on WP7 are also arranged in two vertical columns which I can't see scrolling through if I had a lot of contacts I wanted quick access to or apps which I wanted to use frequently.

I will go to the store on Tuesday and play with the HTC HD7 and maybe even venture to an AT&T store to check out their WP7 offerings. I have to say that I am not impressed from what I have seen from other tech reviews and pictures but I am willing to give it a chance in store. I hope WP7 wows me but I am not expecting it to.
Posted by Mobile Chaos at 5:55:00 PM
Email ThisBlogThis!Share to TwitterShare to FacebookShare to Pinterest
Labels: Android, Reviews, Widgets, WP7