My new phone and random news 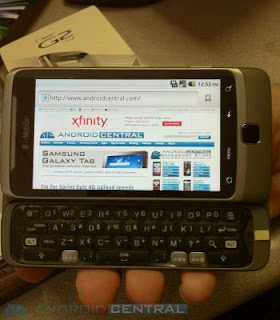 I hope to pick up the T-Mobile G2 sometime this week. It's basically the same as my Nexus One but with a slide out qwerty keyboard. I have been rocking my Nexus One solo now for almost 2 months I am pretty fast at typing on a touchscreen only. I want to see what it would be like to go back to a full keyboard that isn't a BlackBerry. Blackberry's are still the best qwerty phones in my opinion, they just don't make any fun phones. 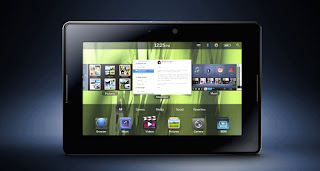 The Playbook looks promising and could be RIM's way back into consumer's hearts if they get it out fast enough (early 2011 is what has been mentioned) and make it cheap enough to compete with the iPad. If RIM takes until June/July 2011 to get the Playbook out and it costs $800, they might as well scrap it right now. By Spring 2011, the new iPad will be out with two cameras and probably lighter or smaller, or both. Those are really the only complaints about the iPad. Its took heavy and Apple screw consumers out of a camera just so people have a reason to buy the iPad 2. 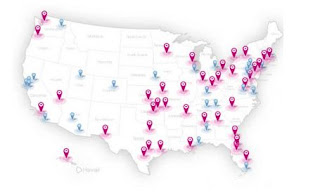 But enough of that. The G2 should be a fun toy and it should be really fast anytime I go to Tucson or Phoenix. I have 3G here where I live but the fastest I've ever gotten was 800kbits down. That's faster than edge but still very slow by most phone standards. With HSPA+ the G2 should be able to pull 7.2mbs down theoretically which is about as fast as I can normally pull over my cable modem at peak times. 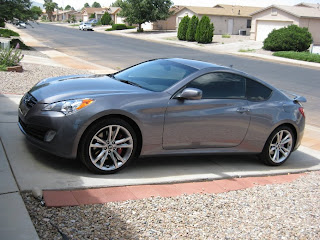 I would blog more but there is nothing fun going on in the tech world right now. BlackBerry is sucking, Apple new has been quiet since antennagate even though they stopped the free giveaway for the bumpers. Now you can't go into the store and just ask for a case. You have to install the app on your iPhone and request on through customer service. Android phones are still killing it in the market stealing market share from everyone. They actually leap frogged Windows Mobile to be the 4th largest mobile OS in the world (Symbian, BlackBerry, iOS, Android, Win Mo). Windows Phone 7 (WP7) looks promising but it will be interesting to see how they can make anything Windows relevant in the mobile market again. We'll have to see how that goes. They could be great phones but with such a bad name, it will might take some time for people to realize. Think Hyundai and Kia making great cars now but no one realized until the American car market crashed. Once people started looking for other choices they drove a Kia Forte, Hyundai Sonata, Hyundai Genesis and thought, "Holy shit, this is a Kia (Hyundai)?" I figure the same will happen for WP7. No one will want one, then once they are tired of Apple's walled Garden, carrier restrictions to Android, or they wake up from 2007 and realize that Blackberry's are behind the times, they will try a WP7 phone and might actually like it. 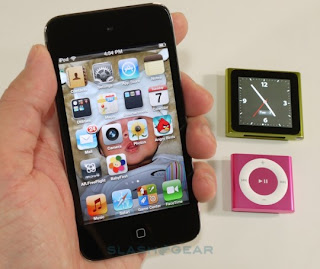 I know its a long post but I just caught you up on everything in the last 60 days in the mobile world. Basically nothing exciting happened except the Galaxy Tab (carrier subsidized and expensive as hell unlocked and unsubsidized) and the Playbook (will be too late to the market to be relevant no matter how good it is). Apple refreshed their iPods and almost all changes were expected. The touch got two cameras both of which are less quality than the iPhone. The shuffle got its buttons from 2008 back (much needed change)and the Nano now looks like a shuffle with a touch screen and 40% of the functionality it had before. No camera, no video just a little iOS looking screen that can be a watch. Probably a good gym iPod but noting more.

Be easy people (for those who do read my nonsense, all 4 of you) and I'll drop some more news after fall CTIA.
Posted by Mobile Chaos at 9:57:00 AM
Email ThisBlogThis!Share to TwitterShare to FacebookShare to Pinterest
Labels: News