Calling the BB 9800 a failure and the end of RIM 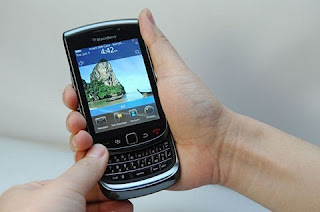 Currently, AT&T customers should be happy as hell to get a new device. The phone is a great blackberry, but it's not a great smart phone according to today's industry standards.

The way I see it, RIM has two more chances before becoming instinct. Everyone knows the Storm 3 is coming out soon. This has to be the ultimate consumer device. If the Storm 3 is anything less than a 1ghz, AMOLED or some sort of super OLED screen, RIM can crawl into a corner and die. OS6 is good enough for most consumers it a quality OS. But without the processing power and screen to match current offerings from Google and Apple, RIM might as well close its doors.

The second chance RIM is putting BlackBerry Connect on Android phones. BB Connect is a service which used to run on Windows Mobile and Symbian phones before RIM stopped it about 2-3 years ago. This will allow Android customers the ability to use Messenger (BBM) which is the only feature that keeps joe consumer on BB today. This would also allow enterprise users to have access to BlackBerry servers that are currently installed in many corporations today. As joe consumer, I know the only reason why I still carry a BB is because I love the features of BBM. Without BBM, I would use text messaging and IM clients on my Nexus one and forget about BB all together. It's a real shame because I was the biggest BB fan for years. Android leapfrogged BlackBerry and Apple in one jump and is now the market leader. 200k Android phones are activated daily, more than any other phone on the market today. Give Android another year and Apple will be chasing Google by a long shot.

Best phones on the market today: