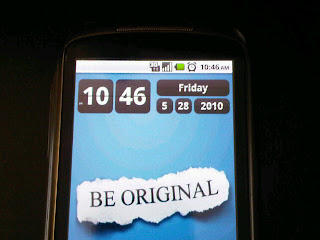 How did this happen? With a population of only 50,000, lil old Sierra Vista got 3G officially yesterday. It started on Thursday when I was getting a couple random 3G signals on my phone. It would come and go and only give me 1 or 2 bars. Yesterday it did the same thing until about 4pm when it was turned on full time. Full 5 bars of 3G service on T-Mobile at my house. It sort helps that I have a cell tower about 150 meters from my house. It's still slow and barely better than EDGE but its better than nothing. I've only been averaging about .65mbps down and .45mbps up but on EDGE I was only averaging .20mbps down and .15mbps up. T-Mobile was officially the first cell phone carrier to bring 3G to Sierra Vista.

Sierra Vista, you're officially on the map. 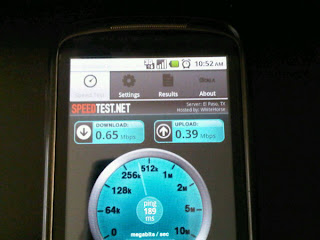 Posted by Mobile Chaos at 10:42:00 AM
Email ThisBlogThis!Share to TwitterShare to FacebookShare to Pinterest
Labels: News